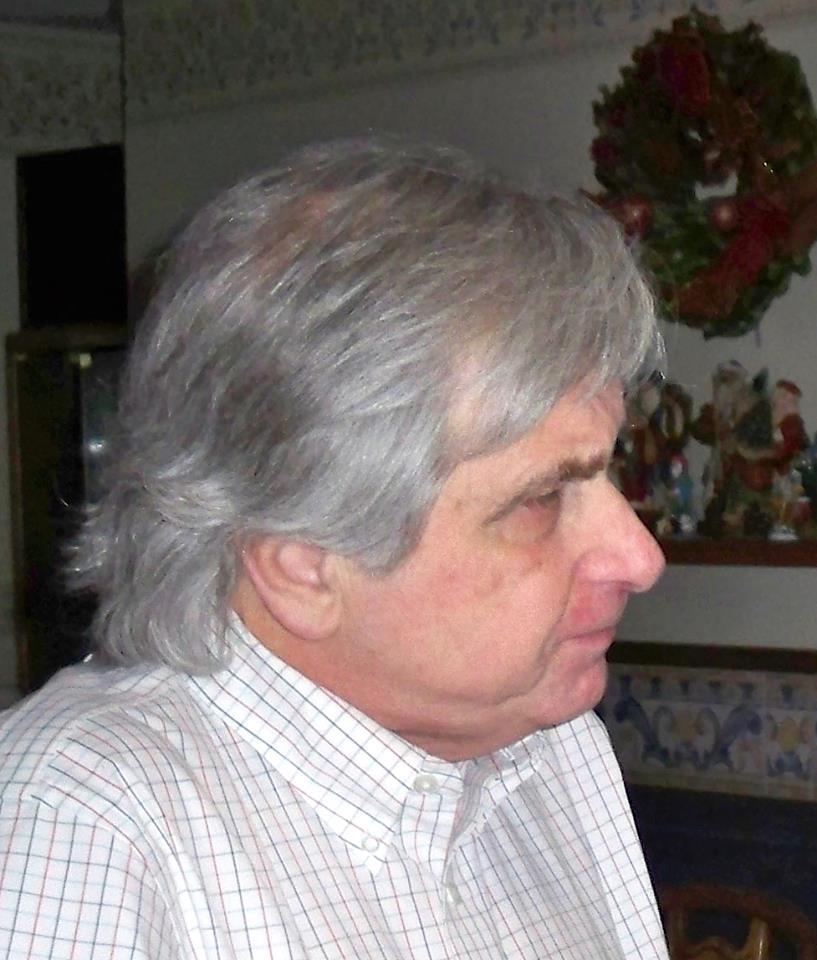 This post is dedicated to the memory of the wonderful Thom Brown, who suddenly passed away in 2014

I am struggling to put into words how I feel. Thom was a brilliant man, father, grandfather, teacher, writer, blogger – amongst so many other things. We were blessed to have had him join our small blogging group – PBAUs – three years ago. Indeed, on reflection, he became like a father figure to all of us. I will miss his wisdom, his witty repartee, his jokes, his sarcasm – his all round brilliance.

To have only know someone ‘online’ but to have been so touched, so empowered, so inspired, by someone – that is amazing. Thom truly made a difference in this world, and his memory and words will live on and continue to do so.

As the tears roll, here is a re-post of a post he kindly shared with me for ‘The Beauty Of Difference‘ series in 2011. He was a big supporter, and I think, through this, you will truly see the nature of the man who was Thom Brown.

Thom Brown is ‘originally from Virginia Beach and has been a Professor of Psychology since 1975. JT told him the secret of life is enjoying the passage of time, and it made sense. That and a good book. And good friends. Music. Family. Oh … wine, cheese, olives, bread’.

I’m musing again, of course, about my Neglected Left. Twenty-five years ago I could still hold a nail with my left hand as I hit it with the hammer in my right. That is how most of the home in which I am presently sitting came to be. Even then, though, there was motor and sensory weakness, but the atrophy was not yet significant. It wasn’t really noticeable to those who were not already aware of it.

My disability developed so gradually that I don’t think I was ever really aware that I was losing something. That’s not to say I wasn’t disappointed that there were things I could no longer do that I once enjoyed, but I was already successful in life. If this were to become a stigma of some kind, it wasn’t going to be an obstacle in my life. I was unlikely to experience the discrimination or challenges that so many others have confronted.

Then a couple of weeks ago, a colleague told a joke that had a one arm aspect to it. It didn’t bother me a bit, but he was worried that he had insulted me. In fact, the one arm aspect of the joke had not even registered with me. Subsequent to that, I began to wonder how I would, in fact, feel if I learned that someone, students for example, were making fun of me and my Neglected Left.

Although I hope individuals with disabilities are always treated with respect, I have concluded that this wouldn’t bother me. I know who I am. I know what I have achieved. I know what I else I shall have accomplished before I retire in a few years. What these ignoramuses think or say or do is irrelevant to my quality of life. All that will result is that they will have embarrassed themselves, and I shall think less of them.

Yet … there is something in me wanting to know that I am still all that I once was. A close friend wondered if the more important question is why I might think that I am not, and I have no answer for that. I suppose I am not even certain that I do think that way, but if I do, I’m not sure I want to know. It would suggest that I have somehow let “them” get to me.

Most of those with whom I interact did not know me before I became different – a period to which I sometimes refer as the BeforeTime. They know me only as I am today. Whatever the case may be, if those who are close tell me I am whole (and they do), I shall know it is so, and other than my own, theirs is the only opinion that really matters to me.

Although still a work-in-progress, I’m almost there. I like me. I’m quite content with being different. It’s certainly much more interesting than not being different, and I feel for those folks who aren’t.

In fact, it seems to me that individuals without difference are the ones who are missing something. They’re difference challenged. They’re so … well …undifferent. Nevertheless, I’ll try not to patronize them, nor do I want to be indifferent to their undifference. Count on me to do all that I can to be supportive. – TGB

You can find more though-provoking and inspiring posts on Thom’s blog – ‘To Gyre and Gambol.